You are at:Home»Alternative ETFs»Technical Indicator for Bitcoin Looks Solid After ETF Rejection 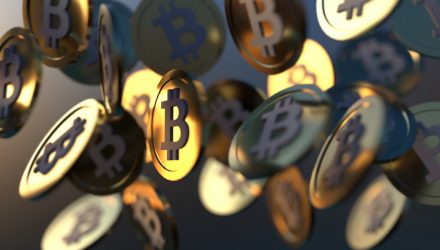 After the close of U.S. markets Wednesday, the Securities and Exchange Commission (SEC) rejected nine applications for bitcoin exchange traded funds from three issuers.  The SEC’s Division of Trading and Markets rejected applications from investment firms ProShares, Direxion and GraniteShares.

While the largest cryptocurrency by market capitalization immediately sold off on the news, buyers stepped in and bitcoin’s losses Thursday were contained.

On Thursday, bitcoin resided just under $6,500, prompting some market observers to note some of the digital currency’s technical indicators remain healthy, even after another batch of ETF rejections.

“Data collected by TradingView found BTC is looking bullish. The bitcoin MACD line went above the signal line late on Tuesday and has so far stayed in the bull region, at least until the time of writing. The conventional 12-26 EMA formula shows the market recovering well, regardless of the SEC’s ETF rejection news; the more sensitive 5-35 EMA  MACD (using a 5-EMA signal) indicates a slight drop in momentum, which has already started to pick up again,” according to Crypto Briefing.