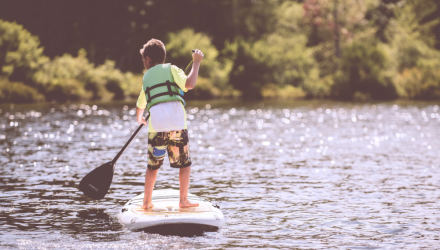 Municipal bond insurance is a guarantee from a monoline insurance company that the holder of a muni bond will receive scheduled interest and principal payments when due, even in the event of a default by its issuer. Municipal bond insurance is often described as a credit enhancement as it enables a municipality to effectively borrow the credit rating of the insurer, which is typically higher than its own on the rating scale. This credit enhancement can help to reduce the borrowing costs of the issuer.

The history of municipal bond insurance can be traced back to 1971 with the founding of Ambac, the industry’s first monoline insurer. The industry gained traction in the mid-1980s after the Washington Public Power Supply System defaulted on $2.25 billion in revenue bonds and by 2005, insured bonds made up 57% of total municipal bond issuance and were guaranteed by nine firms, seven of which carried AAA ratings. Meanwhile, in the early to mid-2000s, the insurers diversified their businesses by insuring structured debt settlements that were backed by risky subprime mortgages.

When the subprime mortgage crisis took hold in 2007-2008 and severely impacted the structured debt market, most of the monoline insurers either fell into bankruptcy and folded or lost their AAA ratings. Today, Assured Guaranty and Build America Mutual are the only two firms writing new business and they were most recently rated AA. The market share of new municipal issues carrying insurance dropped steeply and has hovered around 5-6% since 2014.

Why Invest in Insured Munis?

Why would someone want to invest in insured municipal bonds? The most obvious reason is the reduction in credit risk: if an issuer goes bankrupt, holders of an insured bond from the issuer are still guaranteed their principal and interest, which should help mitigate market depreciation of affected bonds. While muni defaults are rare, this extra protection could provide better price stability, greater market liquidity and improved investor outcomes over time. Moreover, the incremental price of owning an insured bond over its uninsured counterpart is relatively low – investors give up only a trivial amount of yield, just 10-15 bps, when they choose a bond with credit enhancement.