You are at:Home»Tactical Allocation Channel»The Federal Reserve’s Distance From a Neutral Rate 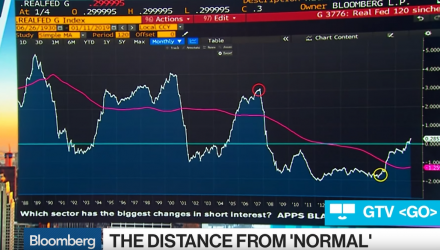 The Federal Reserve’s Distance From a Neutral Rate

The capital markets are over a week removed from the U.S. Federal Reserve keeping rates steady, but now they’re anticipating the next poker tell that would signal a rate cut. However, Dallas Fed President Robert Kaplan says it’s not in the cards just yet.

In particular, Kaplan referred to the bond markets ringing the alarm on an inverted yield curve.

“I’d need to see an inversion of some magnitude and/or some duration, and right now we don’t have either,” said Dallas Fed President Robert Kaplan in an interview.

Though the former did manage to appear, Kaplan wants to see the inversion occur for an extended duration prior to considering a rate cut of any sort.