You are at:Home»Beyond Basic Beta Channel»Tariff Hike on China: Now What? 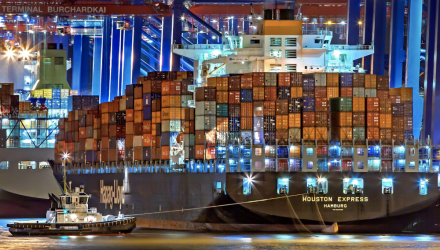 Tariff Hike on China: Now What?

The continuation of the U.S.-China talks had a calming effect on the market despite the U.S.’s tariff hike on China. South Africa’s election results point to potential policy risks going forward.

The markets are doing well despite the U.S. raising its tariffs on USD200B of Chinese imports from 15% to 25%. The reason is that the negotiations are not dead and the two sides continue talking. One question mentioned frequently this morning is whether (or rather when) China will retaliate. There are also concerns that the new tariffs may weigh on China’s growth, which has just started to show signs of stabilization. So, China’s domestic policy response—both the continuation of “drip” stimulus and any other potential measures—is back on the front-burner (together with concerns about the renminbi’s potential weakness and its impact on emerging markets currencies). Emerging markets are not the only ones who watch the U.S.-China dispute rather intently. The eurozone is another interested observer, given the region’s export exposure to China.

South Africa’s elections results are now official, and they show a continuing decline in the African National Congress’s voting share. The party was able to get a majority of the votes (around 57%). However, the radical Economic Freedom Fighters (EFF) party showed the largest gain, with its share raising to 10% from 6.4% in 2014. While the electorate continues to support President Cyril Ramaphosa and the ruling party, we are concerned that the EFF’s demands will have a stronger impact on the reform agenda, most likely generating unnecessary headline noise.

It was a bit tough to choose the macro horror story of the day (several contenders). But since we bemoaned Turkey’s wasting its international reserves on futile currency interventions (which continued overnight with gusto) on more than one occasion, we decided that today is Mexico’s turn. The country’s industrial production contracted by 2.6% year-on-year in March—the lowest point since the global financial crisis (see chart below). The outlook is bleak—in part due to ongoing cuts in public investments—but we do not expect the central bank to lend a helping hand (in the form of rate cuts) as inflation risks remain firmly to the upside and the central bank of Mexico still cares about its reputation.