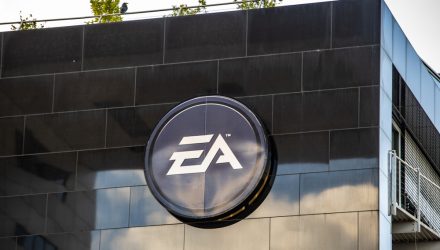 Electronic Arts Inc. (NasdaqGS: EA) shares climbed Friday, paring some of the losses in gaming sector-related exchange traded funds, on a potential deal to buy out the video game maker.

There were speculations that several companies, including Amazon, Apple Inc., and Walt Disney Co. were potentially looking at acquiring Electronic Arts, with Amazon Inc. rumored to be the one making the final offer on the video game publisher, MarketWatch reported.

The speculation comes on the heels of some consolidation in the gaming industry over the past year. For instance, Microsoft (NasdaqGS: MSFT) previously bought out Activision Blizzard for $68.7 billion. Additionally, Take-Two Interactive offered a deal to acquire Zynga for $11 billion.

However, there are doubts over the veracity of the potential deal, following the report from the journalists behind the initial USA Today article that broke the news.

“Earlier today, GLHF — a gaming/e-sports outlet and content partner of For The Win — ran a version of this story on our website that violated our editorial standards regarding the use of unnamed and unvetted sources. We have updated this story to remove all mention of those sources,” according to USA Today.

CNBC also came out and said that Amazon is not expected to place a bid on EA, with CNBC’s David Faber on Friday stating, “There’s nothing going on.”

“Also, CNBC said ‘it isn’t happening today’, which isn’t the same as ‘it isn’t happening’. And if I turn out to be wrong, then I was wrong. It happens. It’s the first time it’s happened to me with a report like this, but it was bound to happen eventually,” Kirk McKeand, the journalist behind the USA Today article, said on Twitter.