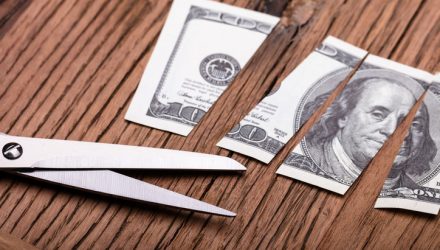 Protecting Wealth Against the Law of Unintended Consequences

A number of weeks ago, I told you about my visit to the New York Stock Exchange (NYSE), where we celebrated the two-year anniversary of our quantamental gold ETF. The timing couldn’t have been better. Investor sentiment in gold was surging, as was the price of the yellow metal, on plunging yields around the world and uncertainty surrounding the U.S.-China trade war.

Some of the institutional investors I met with at the NYSE relayed their clients’ concerns about the state of the world economy right now. They were receiving more calls and emails lately about gold, which has been used in the past as a hedge against government policy that was well-intentioned but that ultimately had unintended consequences.

I can sympathize. The United States is the strongest, most prosperous country on the planet. This has been made possible only by free markets and the rule of law. But even the U.S. is not immune to the unintended consequences of well-intentioned policies. I believe gold is a rational investment to help protect your wealth against said policies.

The Law of Unintended Consequences

There are several recent examples. I called the Department of Labor’s (DOL) Fiduciary Rule one of the costliest financial regulations of the past 20 years. Meant to protect investors from nosebleed fees and advisors’ conflicts of interest, the rule may end up costing investors in the long run. I’ve heard from colleagues who said that a “cheaper is always better” attitude may exclude many smaller funds, ultimately giving retail investors fewer choices. Although the rule died in court last year, the DOL is expected to unveil a new version by the end of the year.

And then there’s the Recourse Rule. The little-known rule, enacted in 2001, is now widely believed by some experts to be partly responsible for the financial crisis that began in August 2007. I won’t get into the full details of what the rule did. In short, it changed banks’ capital requirements. Holding individual mortgages was given a greater risk-weight than highly-rated mortgage-backed securities (MBS), and so banks, trying to sidestep the additional capital requirements, securitized the loans—many of them “non-prime”—to which rating agencies gave the coveted AA- or AAA rating.