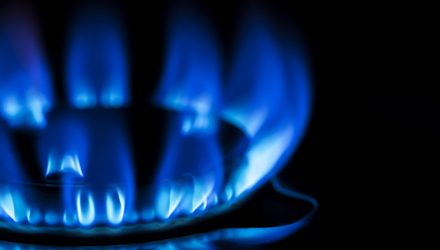 Weather forecasts revealed warmer conditions ahead over the weekend, pointing to “the strongest heat ridge” for the weeks ahead from the West over to the eastern half of the country, the Natural Gas Intelligence reports.

“While it’s not the time of year when weather is the primary driver, it is still rather supportive thanks to above normal heat blanketing the southern half of the nation for the foreseeable future,” Bespoke Weather Services said. “We also see less demand destruction from Hurricane Dorian, as it stays far enough off the Florida coast to avoid reducing demand as much as previously feared.”

“On this track, the core of extremely dangerous Hurricane Dorian will gradually move north of Grand Bahama Island through this evening. The hurricane will then move dangerously close to the Florida east coast late today through Wednesday evening, very near the Georgia and South Carolina coasts Wednesday night and Thursday, and near or over the North Carolina coast late Thursday,” NHC said.

Tudor, Pickering, Holt & Co. argued that while Dorian could deliver a short-term “demand shock” for natural gas, the demand impact would be “relatively insignificant” from a macro perspective.

Elsewhere across the country, hotter weather conditions were expected to continue across the West and Texas through the week, according to NatGasWeather. The weather could also briefly warm across the Midwest, Ohio Valley and Northeast as high upper pressure strengthens.

“It would be more impressive on a national scale” if not for Dorian adding showers and cooling to the Southeast, NatGasWeather said.

For more information on the nat gas market, visit our natural gas category.