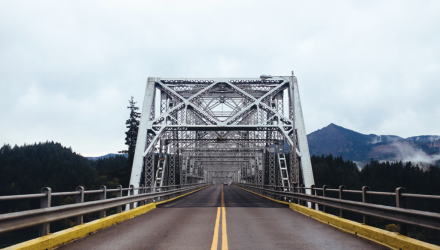 By Jim Colby via Iris.xyz

I think it’s fortunate that we’re talking about municipal bonds on the heels of a really historic first quarter of 2019 in terms of inflows into the municipal space, strong performance, and the fact that the Federal Reserve recently has decided to hold rates steady for the foreseeable future.

The amount of inflows that have come into the municipal space for both muni ETFs, as well as mutual funds, year to date 20191… we’ve experienced nearly $20 billion in terms of inflows into the space, which is a record since they were keeping track of these numbers, since 1992.

I think what has also been brought to the municipal marketplace is investor clarity with regards to tax reform. In particular, investors are impacted by the $10,000 cap on state and local taxes and for those who are in high-tax states, it’s a very significant issue.

The question arises: what have investors done so far this year and what has the market said is the opportune place to put your money? Well, strategists will say that because the yield curve is steep, the place to be is that the long end of the curve. In fact, the evidence shows that investors are doing just that, putting something more than a billion dollars’ worth of assets to work at the long end of the marketplace.

To include municipal high yield because the curve is still steep, credit spreads are wide enough to offer investors opportunity, they have also put significant assets to work in municipal high yield. I think that relationship will continue to prevail probably through the next quarter of 2019.

The strong performance of municipals year to date, which previously I alluded to, is really driven by a feature that we’ve been touting and others have been mentioning for quite some time. That is, an imbalance between demand and supply.