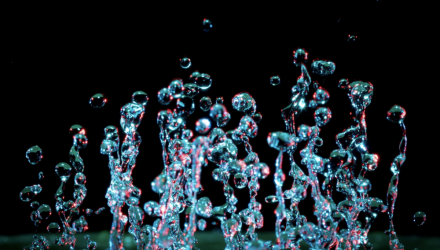 Is Bond Market Liquidity a Problem?

A common misconception among investors is that a lack of liquidity is regularly the root cause of market corrections.

Instead, investors should view liquidity as an amplifier that intensifies an original catalyst, rather than as the catalyst itself. If a fire were to break out in the subway, it is reasonable to expect that the panic generated on the platform would cause more harm than the fire. In financial markets, a change in sentiment can lead investors to rush for the exit and any lack of liquidity will lead them to slash asset prices as they search for a buyer.

In its simplest form, a trade in financial markets is quite similar to any sort of transaction–there is a buyer and there is a seller. Bond Markets, however, have historically had a third participant: the dealer. Before 2008, dealers acted as the middlemen between buyers and sellers, taking bonds into their inventory for a short period of time and then selling them at a later date. By running big inventories, dealers were often willing to buy bonds even if there was no immediate opportunity to sell them, thereby helping ease market indigestion and improving liquidity conditions during periods of stress.

Today, dealers are much less willing to warehouse bonds, preferring to match buyers and sellers immediately. The below chart provides a snapshot of the resulting liquidity restraints in the U.S. investment grade (IG) corporate debt market. The size of the U.S IG market has increased by 43% from 2007 and 2018, while dealer inventories in 2018 were just 6% of what they were in 2007.

When it comes to liquidity, investors can play offense or defense. Playing defense would involve taking a long-term view, avoiding trading during periods of heightened illiquidity. On the other hand, a more offensive approach involves providing liquidity to the market during times of stress, a strategy that could potentially allow an investor to purchase an asset at a sharp discount to fair value. Both approaches have their merits. Either way, liquidity is an issue that cannot be ignored, particularly during periods of uncertainty or stress.