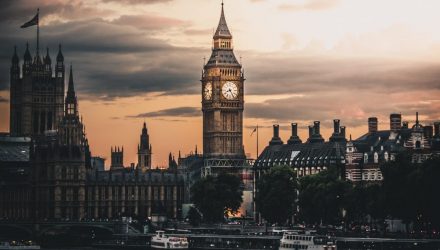 Investing in Europe: The Good, the Bad & the Ugly, Part II

In a recent column entitled INVESTING IN EUROPE: THE GOOD, THE BAD & THE UGLY, I suggested that the ‘Ugly’ part of the BREXIT uncertainty in the United Kingdom was that the mess would continue beyond the deadline at the time.

Some of my readers thought that perhaps my analysis was a little off.

This is one of those rare occasions when being wrong would have been OK, but the ’ugly’ part, I’m afraid, continues.

In the meantime, British Prime Minister Theresa May has faced repeated defeats in her attempts to win approval from Parliament for the proposed terms of the divorce.

The failures left her with no choice but to obtain an extension of the deadline from the European Council. Somewhat surprisingly, she and the Council agreed on October 31 as the new deadline, which — as some wags have pointed out — might make for a Halloween BREXIT. Within that time period, May must find a compromise deal that will win the support of a majority of the members of Parliament, including disaffected members of her own Conservative Party (more formally called the Conservative and Unionist Party). Those familiar with British Parliamentary tradition can be forgiven for wondering whether Ms. May can manage that feat, since members of her own party have consistently voted against previous proposals for the break with the European Union.

These developments will lead to a chaotic political situation and a changing investment environment, explains Gavin Graham, London-based financial analyst and media commentator.