You are at:Home»Beyond Basic Beta Channel»How Bank Closures Could Be Giving Rise to Digital Currencies 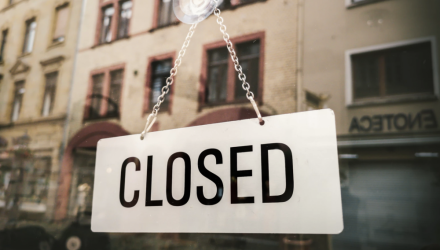 How Bank Closures Could Be Giving Rise to Digital Currencies

There may come a time, sooner than you think, when the world economy simply cannot operate to its full potential without bitcoin, Facebook’s proposed Libra or some other large-scale digital currency.

Consider what’s happening in the U.S. alone: Regional banks are closing at a rapid rate, creating so-called “banking deserts.” Meanwhile, the number of financial advisory and wealth management firms is shrinking due to constricting regulations and increased consolidation.

These trends should be alarming to anyone reading this because it means that more and more Americans may find it hard to get access to basic financial services. According to the Federal Reserve Bank of Atlanta, “maximizing the number of Americans who use conventional financial services is essential to the well-being of not only those individuals and households but also the broader economy.”

Even getting ahold of physical cash has become more challenging for some people. Since the peak in 2009, the number of bank branches in the U.S. has plummeted about 11.5 percent, due in large part to rising costs per square foot. There doesn’t seem to be a slowdown in sight.

Last year set a new record, in fact. Net bank branch closures totaled 1,947 in 2018, or nearly 800 more than were shuttered only six years earlier. “Hundreds of banks have sold off in recent years due to rising compliance costs and a more competitive landscape, among other factors,” says S&P Global.