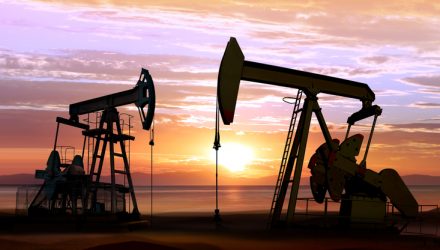 Energy ETFs Take the Lead on an Unexpected Plunge in U.S. Inventories

“There’s a lot of big numbers here, but it’s all on the import number, which is pretty impressive,” Bob Yawger, director of energy futures at Mizuho, told Reuters.

“It was an incredibly bullish report, one of the more bullish we’ve had in a while, with draws across the board and of course the massive crude oil drop, which was generated by another drop in imports,” John Kilduff, a partner at Again Capital, told Reuters, adding that the draw down was likely due to a drop in Saudi exports to the U.S.

The updated inventory levels helped offset some of the demand side fears that have been growing in response to the prolonged U.S.-China trade war. Many believe that an extended trade tiff between the world’s two largest economies could contribute to a global slowdown or even an economic recession.