You are at:Home»Beyond Basic Beta Channel»Bitcoin Is The New Gold. Or Is It The Other Way Around? 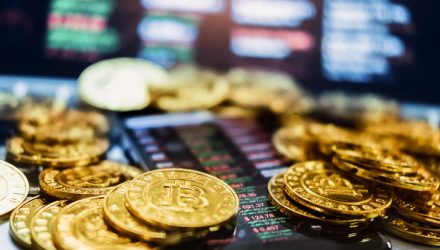 Bitcoin Is The New Gold. Or Is It The Other Way Around?

This summer has been a whirlwind, especially in the markets. And at my firm, one of the best parts of the summer was having a trio of young interns working with us. That means enthusiasm. It also means we were treated to some excellent academic reasoning (they were all current students or recent graduates). And, it means that the inevitable question came up, early in the summer: “Rob, what do you think of Bitcoin?”

I thought about pointing them to my past articles on the subject of Bitcoin. Instead, I bottom-lined it for them: I think that blockchain technology is a big part of our future. However, trying to pick winners among the cryptocurrencies is something I shall not attempt.

My reluctance to dabble in that Bitcoin debate is because I am too old. After all, I wrote a while back about the vigorous discussions I have had with a group of friends regarding the virtues and risks of this new phenomenon that tempts young investors to go all-in like a Texas Holdem game.

Rather, it is that Bitcoin violates one of my longstanding, self-driven investment rules: do not mess around with securities that are so volatile, you just know that no one really knows what they are worth. That is where I land on Bitcoin. Enough said.

I am not the first one to draw comparisons between Bitcoin and another type of security that is getting a lot of attention recently. Gold, after years in the investment doghouse, has come back on the scene. It never went away, of course. However, it might as well have.

After all, the stock market has done well over the past decade. And bond yields have dropped, and now crashed, which makes returns on bond investment temporarily strong (oh, we will cover that in another article soon, believe me!). So, with traditional investments doing well, and the U.S. Dollar remaining strong, gold has been an afterthought.