You are at:Home»Beyond Basic Beta Channel»A Look at Emerging Markets Beyond China 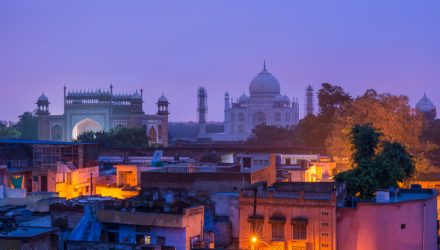 A Look at Emerging Markets Beyond China

By Guild Investment Management via Iris.xyz.

1. Reforms and opportunities in India and Brazil. Beyond China, there are opportunities in other developing-world economies. Indian voters just handed a strong reform mandate to Prime Minister Narendra Modi, and India could see a dramatic pickup in economic growth that mandate translates into progress on land reform, labor regulations, and privatizations — especially in the banking sector. Brazil could see progress as it leaves behind a decade of corruption and recession, provided that President Jair Bolsonaro can implement pension reform and convince global investors that the country’s fiscal footing has become more secure. If tax reform followed, it could result in a quickening of global investor interest in Brazilian stocks, and an acceleration in growth. India is further along in the reform effort, and Modi has again demonstrated his political strength; the recent elections are likely to be received well by global investors seeking growth.

2. Market summary. The U.S. market has been caught in a trading range after its powerful move from the December lows, and remains as of this writing about 3% below last year’s highs. There’s a lot of news that market participants could interpret as a justification for a decline, and yet the correction has been modest. We take this to indicate that beneath the daily uncertainty and volatility largely caused by trade-war news, market participants are absorbing positive U.S. trends in employment, wages, economic growth, and central bank policy. As long as those all remain constructive, we remain positive on U.S. stocks.

A tug-of-war is on for the psychology of Chinese retail investors. Pulling in one direction is the fear of the potential consequences of the ongoing trade conflict with the U.S. Pulling in the other direction is a sense of economic patriotism — and the knowledge that the Chinese government has expressed its interest in a stable stock market, and its intention to enhance the stimulus that is bolstering the domestic economy. In the case of a reasonable trade settlement between the U.S. and China, the U.S. market could rally to new high and present an opportunity to take profits.