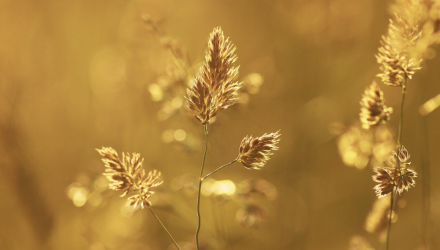 As the U.S.-China trade spat drags on, so too could the stock market volatility that has accompanied it so far this month. The S&P 500 and Dow Jones Industrial Average both fell 2.4 percent on May 13 – their worst days since January. The longer trade negotiations remain ongoing, the longer the geopolitical and economic risks remain.

One potential hedge against volatility and market risk is having an allocation to gold, which has historically moved in the opposite direction of equities. I often recommend having a 10 percent portfolio weighting in the yellow metal – with 5 percent in physical gold and the other 5 percent in gold mining equities, mutual funds and ETFs.

Gold mining stocks have been down so far this year, but I believe this represents a buying opportunity. The NYSE Arca Gold Miners Index, which tracks a diversified blend of small-, mid- and large-cap miners, is down 9.22 percent for the 12 months ended May 13.

To get additional insight on miners, I spoke with our portfolio manager and gold expert Ralph Aldis. Ralph has over 30 years’ experience in the gold space, and together we manage two mutual funds focused on the yellow metal. Some of Ralph’s top gold mining stocks as of late are Wheaton Precious Metals, Wesdome Gold Mines and K92 Mining – all three of which we own in our junior and intermediate miner mutual fund, the World Precious Minerals Fund (UNWPX).

One miner that we really like is Canadian-based Wesdome Gold Mines. Ralph describes the company as having “delivered both operating and drilling results very consistently” and being disciplined when it comes to raising money.

The company just reported strong first quarter results, including revenue of CA$32.5 million – a 24 percent increase from a year earlier. Plus, its gold production increased 6 percent from a year earlier to 19,010 ounces. Wesdome operates two gold mining operations in Ontario and Quebec and trades on the Toronto Stock Exchange under the ticker symbol WDO.

As you can see in the chart below, the company has seen massive growth in the last 12 months with a total return nearly exceeding 100 percent. We believe it’s a good candidate for a takeover by a larger miner due to its strong drilling results, competent management team and safe jurisdiction in Canada.