You are at:Home»Investing»Sustainable Investing Owes a Lot to Earth Day 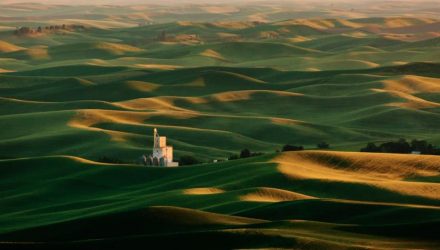 By Ali Caffery via Iris.xyz

Sustainability has become an important word in the corporate lexicon in the last few years. Corporations have invested billions of dollars to make products ranging from Hershey’s Kisses to Starbucks Coffee to Taylor Guitars from sustainable resources. This movement is also being driven by the fact that it can be good for the bottom line, not to mention in line with consumer demand.

The same is true for sustainable and impact investing. According to Morningstar, assets under management in portfolios utilizing sustainability as one of the metrics in investment selection have grown to an estimated $23 trillion globally, a figure representing a 600% increase over the past decade, with more than a third of that amount in the US alone1. But, the astonishing growth in impact investing might never have happened without Earth Day.

The first Earth Day in 1970 was a series of events held in major cities and college campuses across America. More than a million people participated and it sparked a rise in consciousness that made recycling mainstream, helped reduce pollution and spurred regulations that brought about a resurgence of formerly endangered species, like the bald eagle.

It’s expected that this year on April 22 close to a billion people in 174 countries took part in Earth Day activities. From a nationwide teach-in 48 years ago, Earth Day has grown into a global movement that recognizes that the survival of the human race depends on our stewardship of the planet. It’s also helped people realize that their actions, purchase decisions and even how they invest can make a difference.