You are at:Home»Featured»Stocks Rattled After Coronavirus is Declared A Global Health Emergency 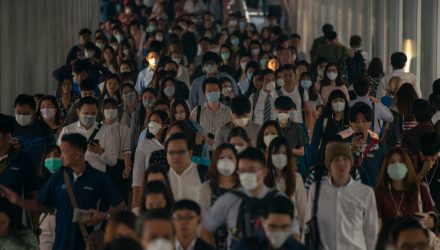 Stocks Rattled After Coronavirus is Declared A Global Health Emergency

U.S. stocks were on a rollercoaster Thursday, after the World Health Organization (WHO) stated that the burgeoning coronavirus that’s infected more than 8,200 people across the world is now a global health emergency.

The declaration is a rare one, and enables the international agency to mobilize financial and political support to curtail the outbreak. The announcement came just hours after the U.S. confirmed its first human-to-human transmission of the virus in Chicago, which has killed at least 171 people in China and has now been transmitted  to at least 18 other nations.

“Over the past few weeks we have witnessed the emergence of a previously unknown pathogen that has [resulted in]an unprecedented outbreak,” WHO Director-General Tedros Adhanom Ghebreyesus said during a press conference at the organization’s Geneva headquarters on Thursday. “We must act together now to limit the spread.”

WHO defines a global health emergency, also known as a “public health emergency of international concern,” as an “extraordinary event” that is “serious, unusual or unexpected.”

The “continued increase in cases and the evidence of human-to-human transmission outside of China are, of course, most deeply disturbing,” Tedros said in a separate press conference on Wednesday. “Although the numbers outside China are still relatively small, they hold the potential for a much larger outbreak.”

The last time WHO declared a global health emergency was in 2019, during the Ebola outbreak in eastern Congo that killed more than 2,000 people. The agency also announced global emergencies for the 2016 Zika virus, the 2009 H1N1 swine flu and the 2014 polio and Ebola outbreaks.

While travel and leisure related stocks are likely to be affected by the virus, Wall Street analysts are now issuing warnings about retailers, restaurants, and hotels that have high revenue exposure to China as some of their businesses have shut down, after the death toll in China continues to climb, and infection spreads to other nations.

Tedros said Thursday that the declaration doesn’t signify that WHO has a “vote of no confidence in China.” He lauded the Chinese government for their attempts to contain the outbreak despite the potential economic impacts.

“Our greatest concern is the potential for the virus to spread to countries with weaker health systems and which are ill-prepared to deal with it,” Tedros said.