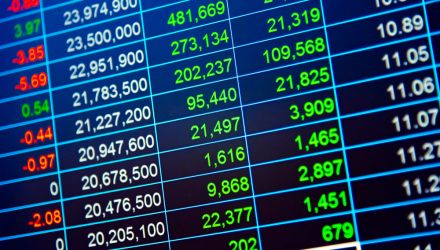 U.S. House Speaker Nancy Pelosi hinted at progress in talks with the Trump administration in another round of financial aid and announced that a new stimulus bill could come out “pretty soon,” Reuters reports.

Pelosi and Treasury Secretary Steven Mnuchin have been negotiating the finer details of a near $2 trillion relief package, which some Senate Republicans have expressed concern over due to the expanding federal deficit.

Further adding to the positive mood, data revealed the number of Americans filing for state unemployment benefits last week slipped to a more than expected 787,000, but the numbers remained stubbornly high, fueling hopes of support from fiscal stimulus.

Looking ahead, investors will be watching out for the final presidential debate Thursday night where President Donald Trump will take on Democratic challenger Joe Biden, who is leading in national polls.

“It would seem likely whoever wins that there’ll be some form of fiscal stimulus in the next few months,” Tristan Hanson, multiasset fund manager at M&G Investments, told the Wall Street Journal. “That seems to be the mood music.”

The earnings season has so far been better than expected. About a fifth of S&P 500 companies have reported third-quarter results so far, with 84.1% beating earnings estimates, according to IBES Refinitiv data.