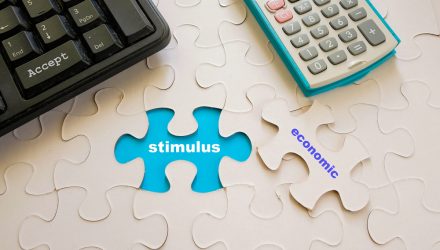 U.S. markets and stock exchange traded funds strengthened Wednesday as hopes of another round of government stimulus measures helped curb concerns over escalating tensions between the United States and China.

The equity market has been pushing higher on an upbeat start to the earnings season, optimism over an eventual coronavirus vaccine and a second Covid-19 economic relief package, Reuters reports.

Adding to the positive sentiment on Wednesday, the White House and Senate Republicans are discussing a deal to temporarily extend the enhanced unemployment benefits that are set to expire at the end of the month. Many observers pointed out that higher unemployment benefits have helped support consumers and faster economic recovery through recent months.

“The attention of equities right now is on what another stimulus bill will look like and the underlying health of the economy in terms of employment and housing,” Willie Delwiche, investment strategist at Baird, told Reuters.

However, Americans should not hope for a quick stimulus turnaround as the White House and Senate Republicans are still butting heads on a payroll-tax cut, school funding, and other issues.

The stimulus hopes helped counter the negative mood going into Wednesday’s session after the White House told China to shutter its consulate in Houston within 72 hours, arguing that it is a response to protect American intellectual property and information. In retaliation, Beijing was considering closing down the U.S. consulate in Wuhan.

“On the face of it, like the scale of the virus, this is a very serious development,” Richard McGuire, head of rates strategy at Rabobank, told the Wall Street Journal. “Sentiment has been knocked, but only modestly, given this further escalation of tensions between two of the world’s superpowers.”