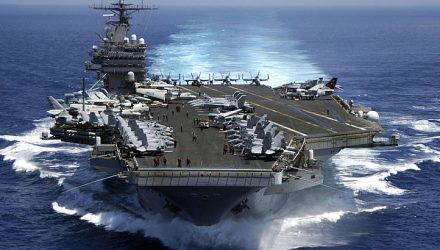 Steady as She Goes! No Change of Course for the Fed

“Steady as she goes” is an order for a helmsman to keep a ship’s current course. The Captain (Janet Yellen) and the crew of the USS Federal Reserve voted in the May meeting, minutes released last week, to keep the ship on course for continued fed funds rate increases in 2017 and beyond. The Federal Reserve, like an aircraft carrier, cannot change course quickly or easily, and it is usually best to keep moving in the same direction unless something major comes along.

Since nothing major is in the way of this aircraft carrier, “Most [committee]participants judged that if economic information came in about in line with their expectations, it would soon be appropriate for the committee to take another step in removing some policy accommodation.”  This means the next rate increase could come as soon as the June meeting. No surprise here, as the market pegs the odds of a rate hike in June at over 90%. The committee did note the economy was softer than anticipated in 1Q17, yet it further commented that this bit of blustery wind and rough water is likely to be transitory. At this point, we believe the Fed would need more than a “small craft advisory” to change course!

However, there is a significant course change on the horizon. The Federal Reserve is promising to begin shrinking its massive $4.5 trillion balance sheet as part of the process to normalize monetary accommodation. As you remember, the Fed purchased treasuries and mortgage backed securities early in the financial crisis to support the markets, and now it is time to let them mature without reinvesting into new securities.