You are at:Home»Investing»South Korea Courts Investors with Unbelievable Payouts 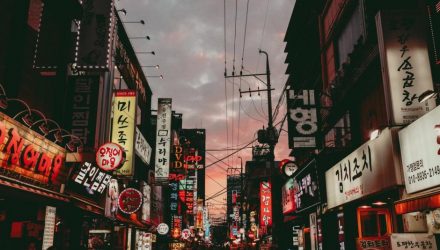 Call it the news of the year, perhaps even of the decade. For the first time since the Korean Peninsula was divided in 1948, leaders of the two warring nations met in what had the look and feel of a jovial reconciliation between two estranged family members.

Kim Jong-un of North Korea and President Moon Kae-in of South Korea made a number of important, though tentative, breakthroughs, including an agreement to denuclearize the peninsula and a pledge to revisit several infrastructure projects that would help bring some economic unity to the two Koreas.

Which the North desperately needs, as anyone reading this knows.

Below is economic development, as measured in gross national income (GNI) per capita, for the two nations since division. The chart looks not unlike the one I shared comparing Cuba and Singapore since their founding in