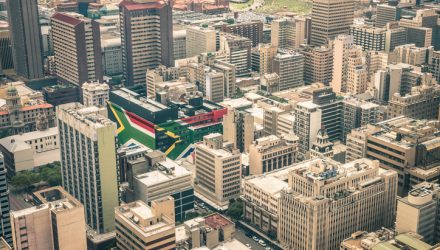 “However, political uncertainty and policy challenges remain significant,” said Fitch. “The division of the party chairmanship and the national presidency could increase inefficiencies in policy making if there is a period of ‘cohabitation’. The top six leadership positions of the ANC are evenly split between those aligned with Ramaphosa and those believed closer to Zuma. The National Executive Committee is also likely to be divided.”

EZA, which has nearly $450 million in assets under management, follows the MSCI South Africa 25/50 Index and holds just over 50 stocks.

“Economic and fiscal policy uncertainty could therefore remain high in 2018. In our most recent Global Economic Outlook, we forecast growth to increase to 1.6% in 2018 and 2.0% in 2019, significantly higher than in the preceding two years, but still lower than the ‘BB’ rating category median,” according to Fitch.