You are at:Home»Smart Beta Channel»Why It’s Time to be Overweight in Re-Emerging Markets 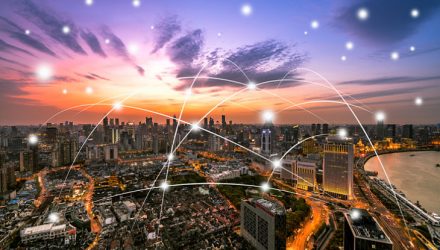 Why It’s Time to be Overweight in Re-Emerging Markets

Discounted Valuations – We wouldn’t categorize emerging market valuations as distressed but rather as attractive relative to the US. Even after a strong start to 2017, the current Price-to-earnings (PE) ratio of MSCI EM is around 15.1 versus 22.2 for MSCI USA Index, a discount of more than 30%.

Monetary Policy – More emerging market central banks are loosening monetary policy than tightening. All things equal that ought to provide a boost to stocks by encouraging relatively underinvested local money to seek out riskier assets. Additionally, to the extent that lower rates in EM, coupled with a hiking The U.S. Federal Reserve (Fed), cause EM currencies to weaken that could provide a boost to corporate profitability. Furthermore, one of the classic risks that investors are concerned with in EM, that of too rapid a currency devaluation causing problems in meeting dollar liabilities, does not seem to have materialized post Trump’s election.

Furthermore, these reasons aside, there are two more that we have blogged on before that we think are worth reiterating.

The first is the surprisingly low volatility that emerging markets have exhibited over the last 16 years or so. Figure One shows the rolling one year volatility of the MSCI EM Hedged and USA equity indices. It certainly came as a surprise to us that the emerging markets index has actually been less risky than the US more than 75% of the time. We attribute this to the relatively low inter correlation of many of these markets. After all, the emerging market label includes a basket of some very disparate markets, which, though individually may be quite risky, apparently diversify well when pooled.

The other potentially appealing feature is the relatively low correlation that the emerging markets have exhibited to U.S. stocks over time. The average of the rolling one year correlations between these markets over the same period was 0.42 and the highest that it ever climbed to was 0.62 during the latter part of the financial crisis. This, don’t forget, at a time when correlations across asset classes generally were spiking and investors were clamoring for diversifiers.

So there you have it. Not perhaps, reasons enough to fall head over heels in love with emerging markets, but sufficient, we hope, to at least get your pulses racing.