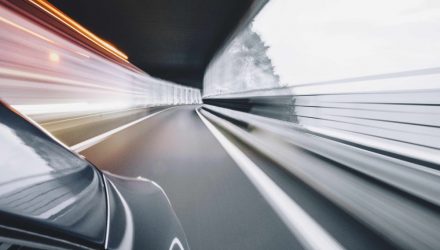 A Transportation Revolution is Here

The first modern version of the internal combustion engine was invented in 1876, forever changing commerce and the way people move around. More than 140 years later, another transportation revolution is afoot: electric vehicles.

Relative to traditional automobiles, there currently are not many electric vehicles on the road today, estimates for electric vehicle adoption over the coming years are exponential, indicating potentially significant investment opportunities could accompany electric demand.

“Our latest forecast shows sales of electric vehicles (EVs) increasing from a record 1.1 million worldwide in 2017, to 11 million in 2025 and then surging to 30 million in 2030 as they become cheaper to make than internal combustion engine (ICE) cars,” according to Bloomberg NEF. “China will lead this transition, with sales there accounting for almost 50% of the global EV market in 2025.”1

The International Energy Agency (IEA) offers up even more jaw-dropping forecasts. According to IEA, the number of electric cars on the road could reach 125 million by 2030, but that number could jump to 220 million driven by “rising ambitions to meet climate goals and other sustainability targets.”2

The U.S. and China are the world’s two largest automotive markets and are expected to major drivers in the electric vehicle boom. Each market has different dynamics that investors should consider. For example, in the U.S., where electric vehicles currently represent just 1% of all vehicles on the road, market factors include some states pushing for increased electric vehicle consumption. California being a prime example.