You are at:Home»Smart Beta Channel»Smart Beta ETFs to Smooth Out the Ride 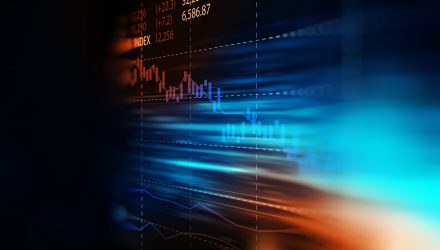 Smart Beta ETFs to Smooth Out the Ride

Despite the recent weakness, U.S. markets are on strong footing. As investors continue to ride the market waves, it may be prudent to consider smart beta ETFs that help diminish short-term downside risks to gain exposure to the equities.

The U.S. is currently in the late third phase of the business cycle with volatility in the market and lack of direction. However, Hackett argued that “the strong fundamental picture is largely being ignored.”

While investors may be slightly more risk-off than they were in 2017, strong fundamentals continue to support further market upside.

For example, the S&P 500 beat estimates by 7%, exhibiting strong earnings. According to FactSet data, 81% of S&P 500 companies have reported earnings for Q1 2018, and 78% of S&P 500 companies have revealed positive EPS surprises and 77% reported a positive sales surprise. The blended earnings growth rate for the S&P 500 is 24.2%, and if this growth rate is maintained, it will mark the highest earnings growth since Q3 2010 of 34.0%.

Furthermore, Hackett believed that this strong earnings has been produced without much support from the favorable tax reforms that have been recently implemented. He contended that the healthy earnings growth this year is more due to the strong fundamental backdrop than tax reform.

While markets are in a period of constrained strength fundamentally, investors are less likely to focus on that than in the past. Investors should now focus on more downside hedging, especially given the late bull cycle the markets are currently in.

“The markets generally move back toward trend, and we think it can trend higher because fundamentals in the current business cycle remains strong,” Hackett said.

Looking ahead, Hackett believed that market observers can look to some catalysts that could kick-start the markets from the current directionless trend. Specifically, he argued that investors should focus less on tax reform and more on merger and acquisitions, increased capital expenditures and future earnings results.