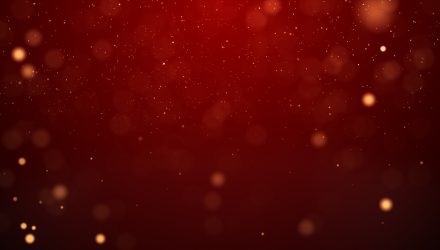 Red October continued today as the Dow Jones Industrial Average fell over 300 points amid a confluence of factors, including rising rates, trade wars and a general market sentiment that the extended bull market is finally undergoing a correction after a preponderance of growth, particularly in the technology sector. All in all, it underscores the need for multi-factor strategies as outlined in the latest report by J.P. Morgan’s Quantitative Beta Strategies.

The report mentioned the deep drawdowns that have been experienced in emerging markets as a result of the ongoing trade wars, particularly between the United States and China. As a result, factors that fell into negative territory included equity value.

“Emerging market (EM) currencies in particular suffered; the declines were led by the Turkish lira, which experienced a sharp fall in August, with the sell-off spreading across countries with large current account deficits and high external debt,” the report noted. “The rising U.S. dollar and concerns about international trade also impacted a range of commodity markets. Against this backdrop, equity value extended its drawdown, while macro factors generally underperformed.”

With the extended bull market marked by an exponential rise in growth via technology giants like Apple and Amazon crossing the $1 trillion market valuation level, a decline in value was the byproduct. The momentum factor managed to stay in positive territory, but the factor’s gains were overshadowed by losses.

“While momentum was positive, the magnitude of gains was once again less than that of the losses for value,” the report said. “This is a historical anomaly: When value has suffered drawdowns greater than 10%, momentum has been up over 30%, on average. Since the beginning of 2017, however, momentum was only up about 7%. Elsewhere, quality was flat, with gains coming from our minimum volatility descriptor in particular, while the size factor reversed and sold off sharply in September.”

Nonetheless, this drop in the value factor only means that going forward, value-driven opportunities are abound, which bodes well for investors since “the value factor has returned around 5% on an annualized basis (net of assumed transaction costs). Historically, when the factor has been this cheap it has delivered average returns of 12% over the next 12 months and been positive more than 70% of the time. Further, gains in the value factor have tended to occur in batches—in fact, the top 20 months of performance account for 76% of the value factor’s gains since 1990.”