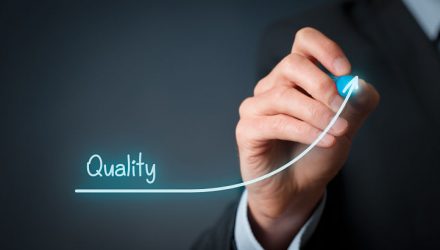 A Popular ETF Option for Investors to Tap Quality Factor

While technology is often associated with the growth and momentum factors, the sector is home to some of the best balance sheets in the U.S. and steady dividend growth, bolstering its quality credibility. As such, technology is QUAL’s largest sector weight at over 23%. Financial services and healthcare stocks combine for almost 29% of the ETF’s weight.

Related: A Pure Value Idea in the Smart Beta Space

Conversely, QUAL lacks exposure to sectors that are often associated with high debt burdens. For example, high-yielding utilities and telecom names combine for barely more than 5% of the ETF’s weight.