You are at:Home»New ETFs»A New ETF that Screens for Value and Quality 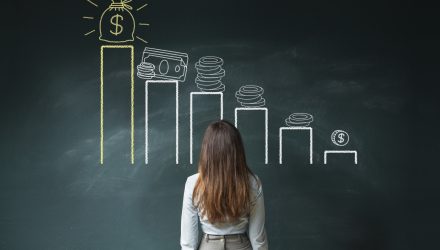 A New ETF that Screens for Value and Quality

With the most recent sell-offs in U.S. equities, value investing could be poised for a comeback as growth and momentum might be making their way to the exits. Distillate Capital, a Chicago-based asset manager focused on fundamental equity analysis, announced the launch of its first ETF on Wednesday–the Distillate U.S. Fundamental Stability & Value ETF (NYSEArca: DSTL), which seeks to distill a starting universe of the roughly 500 largest U.S. companies by market cap into only the stocks where quality and value overlap.

To implement this strategy, Distillate Capital begins by redefining and updating industry definitions of value and quality for the 21st century, drawing on the team’s extensive experience as fundamental value investors. DSTL then utilizes these rationally-defined measures of value, quality, and risk to weight its constituents with the goal of providing investors with superior compounded long-term returns.

“Value investing isn’t dead,” said Tom Cole, Cofounder and CEO. “Far from it. Value investing works by exploiting behavioral biases, which are well-documented and recurring; the problem lies in how ‘value’ is defined. What we’ve observed as fundamental analysts going back to the 1980s is that many traditional valuation metrics have become increasingly ineffective as tools for comparison as the economy has evolved from physical assets to intellectual ones.”

Related: Why We Think ESG Is a Bedrock Investment Issue

This is due in part to the differing accounting treatment of intangible assets such as research & development (which typically are treated as expenses) and physical assets such as factories (which are usually treated as assets).

“Setting accounting standards is difficult,” Cole continued, “and there are some good reasons these rules are in place. But our view is that the economy has shifted to a sufficient degree, from physical to intellectual assets, that traditional comparability is significantly impaired.”

For example, companies such as Apple or Johnson & Johnson, whose most valuable assets tend to be their intellectual property and research & development, often appear expensive using traditional valuation metrics, and may not compare favorably with more “physically-based” companies that own large factories or refineries.

It was with these deficiencies in mind that Distillate Capital devised new, updated methodologies for measuring value and quality. For value, DSTL utilizes a cash-based proprietary measure called distilled cash yield that is intended to offer a truer, more consistent gauge of valuation across the market. This measure restores comparability between older, more physical-asset based companies and newer, more research and development-oriented ones.