You are at:Home»Smart Beta Channel»Long-Term Time-Frame and Edge in Investing 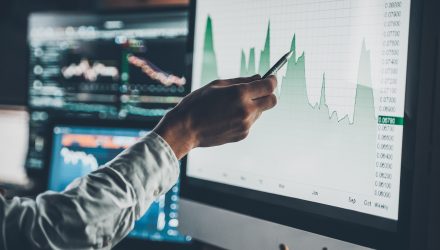 Long-Term Time-Frame and Edge in Investing

You’re probably still curious about the factor that turned around my own investment performance that I discussed in my last e-mail. I’ll get to it shortly but first I wanted to discuss what is Ashva Capital’s edge. As a potential limited partner you’re no doubt interested in what sets us apart from other fund managers. I’ve thought a lot about this question and I’ve identified three main differentiating criteria.

In the current market environment, characterized by algorithmic trading and drastically shortened holding periods for both retail and institutional investors, having a long-term time-frame is a true competitive edge. Admittedly it took a while for me to come around to this point of view but an important piece of my education process was reading Jeremy Siegel’s The Future for Investors. In the book, Siegel studies the returns for each individual stock in the S&P 500 from its inception in 1957 to 2003. His results were not only surprising but also forced me to review my entire thought process about stock selection. My major takeaway from the book was the following:

“Long-term investors would have been better off had they bought the original S&P 500 firms in 1957 and never bought any new firms added to the index. By following this buy-and-never-sell approach, investors would have outperformed almost all mutual funds and money managers over the last half century.”

Siegel’s analysis was the first time that I had seen rigorous and comprehensive data proving the superiority of long-term investing. Anecdotally, we all know that Buffett’s favorite holding period is forever. And who’s going to argue with his results?

Effectively by focusing on the long-term we avoid many of the pitfalls associated with short-term trading including transaction costs and taxes. I’m focused on finding extraordinary businesses that can compound investor capital over long periods of time. The critical factor in compounding is time. If you’re constantly darting in and out of stocks it’s difficult to get the power of compounding working in your favor.

Randy Cohen, the professor who taught me investment management at Harvard Business School, found in an academic study that an investment managers’ top 5 ideas outperform the broader market by a wide margin. You can read the paper here.

Traditional mutual fund managers have to be fully invested. Even if they think the market is way over-valued and can’t find any stocks with a reasonable margin of safety they still have to invest. At any given time a good PM only has 10-12 really great ideas. So what does he do if he’s forced to be fully-invested?

He starts investing in his 13th, 14th…and lower rated ideas. Throw in some restrictions due to size and limited market cap. and it’s amazing the big funds can even match their primary benchmarks. If you’ve ever studied the performance of the majority of Indian mutual funds, you know their returns have been subpar.

The ability to concentrate allows us the opportunity to focus on our best ideas. Additionally, after about twenty positions the marginal benefit from further diversification rapidly diminishes.

Focus on Return on Equity

The single biggest insight that ultimately improved my investment performance is based on the premise that an investor’s return on an investment will approximate return on equity over time. With the general assumptions that there are no distributions (dividends) and that valuation remains constant. I know you’re saying to yourself that valuations obviously don’t remain constant but let me explain using a simple numerical example.

Now in the real world maintaining a high return on equity over time is very difficult and as a result we must closely monitor the competitive positioning of the companies in our portfolio and how management reinvests surplus capital. Furthermore, valuations can and do change so it’s important to incorporate a margin of safety into your analysis by investing in relatively undervalued stocks. Finally, some businesses produce excellent returns on equity but have limited reinvestment opportunities and must return capital to shareholders via dividends. However, the point of the example is to show that returns on capital are extremely important in determining total shareholder return.

After reading through all of Berkshire Hathaway’s Letters to Shareholders from 1965 – 2016, it becomes clear that return on shareholders’ equity is the main profitability metric that Warren Buffett uses to measure the performance of his managers. At the end of his 1975 annual report he stated the following: “Our objective is a conservatively financed and highly liquid business – possessing extra margins of balance sheet strength consistent with the fiduciary obligations inherent in the banking and insurance industries – which will produce a long term rate of return on equity capital exceeding that of American industry as a whole.” It’s interesting to note that he doesn’t provide a target ROE but instead is measuring his performance relative to American industry as a whole.

I initially screen for companies producing an ROE of 15% or greater over the past five years. I also check whether the ROE is being driven by excessive leverage or high profit margins. The latter is obviously preferable. The second piece of the analysis which is much more difficult and requires assessing the capital allocation skills of management. I’ll go into more detail about my investment process in a later email. I’ll suffice by saying that focusing on a high ROE is a critical component of my investment process.

In conclusion, my edge can be summed up as a focus on high ROE businesses, which are high quality by definition, that are trading at reasonable valuation multiples. My “perfect pitch” would be top-quartile return on equity combined with bottom-quartile valuation. When you find this rare combination you want to take a meaningful position and hold on for the long-term.