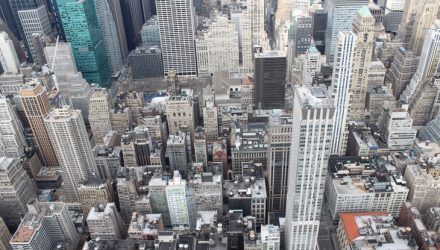 ”The CFRA-Stovall indices leverage the stock market’s seasonal rotation tendencies by owning the cyclical sectors during November through April, while embracing the defensive sectors from May through October,” Stovall said in a note. “Like white-water rafting, this strategy lets the market take you where it wants to go. Not only has this strategy worked with sectors from the large-cap S&P 500, but it has also delivered above-market returns with below-market volatility for sectors in the S&P Equal-Weight 500 Index, S&P MidCap 400, S&P SmallCap 600 and S&P Global 1200.”

Many investors already willing or unknowingly adhere to a seasonal rotation strategy. For instance, the time-honored tradition of “sell in May and go away” reflects the idea that Wall Street typically takes the summer off and goes off to the Hamptons to enjoy the sun, which partly explains the typically low trading volume during the summer months.

Consequently, investors may look to sectors like consumer staples and healthcare in face of the seasonal doldrums as the two defensive sectors will typically see business no matter how the economy does. The two areas have also historically outperformed the S&P 500 during the May through October months.

On the other hand, the winter and spring months usually see a ramp up in activity, such as increased consumer spending during the holidays, among others. The pace of capital inflows could also explain the better performance by the cyclical sectors during the winter to spring months as institutions and pension funds also begin to add to their holdings at the turn of a new year, along with workers likely to invest any year-end bonuses.

For more information on index methodologies, visit our indexing category.