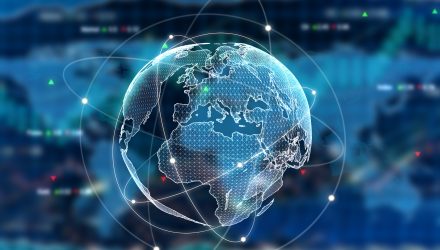 CNBC’s Wilfred Frost sits down with Jeremy Grantham, legendary investor and co-founder of GMO, to talk about the markets and global economy.

Jeremy Grantham, co-founder of GMO, on climate change and what needs to be done to combat it.

I was really hoping the magnificent bubble ending to this. As there had been to the three. Great recent experiences where. The housing bust. 2000 tech bust and Japan they were all classic they ended with euphoria.

And a rapidly accelerating stock market. They’re easy you know they’ll be followed by an abject decline. This one I was hoping that would happen doesn’t look like it will. And therefore. You’re going to have a decline of a different nature. I wrote a paper three years ago called not with a bang but a whimper. Which I suggested that does the trend line that used to be 15 and has jumped for 20 years to 20 or 21 which is a lot higher. Is probably not going to go back the way the value managers would love it to in a hurry. It may move back. Slowly and steadily. And I think it will move back to have two thirds of the way but it will take 20 years. Not the usual. Five six or seven years. So this will be limping along three steps down two steps back. It’s not a typical experience but it looks increasingly likely to me.

And when we see that the Fed has pivoted and become relatively speaking more easy once again and the ECB has done that to today. Does that make you think that U.S. equities are attractive for the next couple of years ago.

No I’m afraid not. You can’t get blood out of a stone. At these prices. Even the Bears the Bulls and everyone in between a GMO agree that over a long horizon like 20 years. market will be delivering two or three percent real. And for the. Last hundred years we’re used to it delivering perhaps 6 percent real. So this is a fairly painful. It’s not the end of the world. But it’s going to break a lot of hearts. When we’re right. 3 percent a year is going to seem terribly disappointing. Now if you stay away from theU.S. which I absolutely would. In emerging markets I suspect you can do even better than six maybe seven or eight if you tilted towards value your five or six Your forecast is for factual declines in U.S. equities is that right. I would think declines are more likely than the other and if the market is up it’s.

Highly unlikely to be up a lot. And I think that’s the key thought. And the main reason was that valuations of those valuations and the fact that the economic cycle. Will clearly not be in our favor. The reason we’ve done so well for 10 years is we had an enormous pool of unemployed. This is not a trend line growth. This is taking 1 percent a year almost. Out of the unemployed pool and sticking it into the marketplace. And that has boosted our apparent growth rate by almost a point a year. This economy does not have a trend line growth of 2.8 or 2.5 times the trend line growth of about one point five. And we’ve been boosting it on a cyclical basis. And people if you keep anything up for 10 years in the stock market people think it’s the trend line but it is.