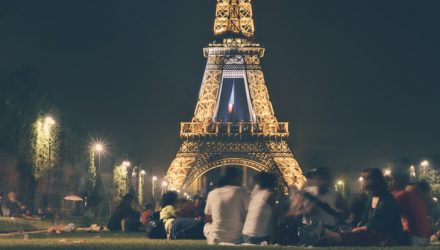 3 Reasons the Case for Europe Investing is Strong

Macro Stabilization – It’s worth reminding ourselves that European gross domestic product (GDP) actually outpaced the U.S. last year, growing at 1.8% versus the 1.6% we experienced here. Throw in some recent highs in consumer confidence, purchasing managers’ surveys, and The Ifo Business Climate Index index of German business expectations, along with some encouraging numbers on declining unemployment, and a return of some healthy inflation, and the European economic picture is starting to look a little rosier.

Earnings Growth – The team also noted a pretty robust start to 2017 earnings reports in Europe, with a first quarter that was the strongest in years by some measures. The result is that consensus Earnings per share (EPS) forecasts for this year are starting to get revised upwards for the region. Indeed, we are forecasting earnings for the Stoxx Europe 600 Index to grow by almost 11% over the course of the next year, and even that is relatively conservative compared to consensus, though there are no assurances that such forecasts will be achieved.

Valuations – Despite the strong start to 2017 that we’ve witnessed across European equity markets, relative valuations to the U.S. still look fairly cheap. Figure One shows the ratio of price-to-book (P/B) for MSCI Europe Index and MSCI USA Index. It’s shown as the European ratio divided by the U.S., so the lower the line the cheaper Europe is relative to the US. Since European book valuations have consistently traded at a discount over this period we’ve also added the average ratio. It’s clear that on a P/B basis, European markets are still attractively priced when compared to the U.S.

It feels like it’s been a very long time coming, but, we’d argue that the vital removal of a substantial degree of uncertainty that the French election has afforded, along with an improving macro and earnings profile, and the ability to access the region on relatively attractively priced valuations is all starting to speak to a re-evaluation of how U.S. investors should think about Europe.

As our colleagues in the CIO Team so eloquently put it – Vive la France!