You are at:Home»Featured»Should Investors Be Worried About the Midterm Election Results? 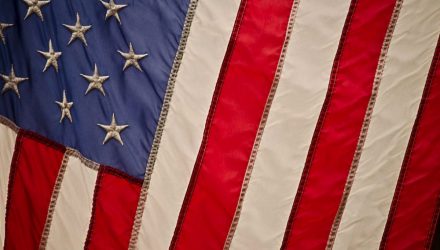 Should Investors Be Worried About the Midterm Election Results?

School and Congress are both back in session and while parents may be happy to see their kids heading off to the classroom, investors can’t help but be a little nervous as the midterm Congressional elections loom.

At a minimum, it’s bound to be distracting.

Republicans now hold majorities in both the House and the Senate, but the party in power often loses seats in the midterms. Over the past 21 midterm elections, the President’s party has lost an average of 30 seats in the House and four seats in the Senate. In the House, the results have ranged from a gain of nine (Franklin Roosevelt, 1934) to a loss of 63 (Barack Obama, 2010). This, in turn, has generally made it harder for the party in power to get things done. Whether this is a bug, or a feature, depends on what you think of a given administration’s policies.

While the pundits are already out in force predicting this or that outcome, their record in recent elections doesn’t inspire a lot of confidence. Time and again we have seen things that “can’t” happen, happen. One result we can forecast with absolute confidence: uncertainty heading into the first week of November. And markets don’t like uncertainty.

Since markets tend to be forward looking, this nervousness has been most often manifested in September, a typically challenging month for investors whether or not it’s an election year (and mid-term years are often worse). A recent Marketwatch story cited data showing an average market decline (based on the S&P 500 Index) during midterm election years of around 1.4% from the end of August to the early part of October. However, this was followed by some of the market’s best months and a rally through December and into the following spring. Taken as a whole, returns totaled 14.5% from the end of August through the end of the following March, including the mid-term election period.(1) Those returns accelerated just before the election, as the uncertainty over the outcome started to lift.