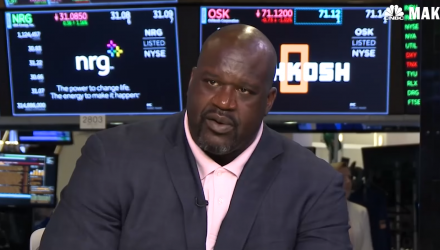 Shaq’s Money Advice: ‘Save it… invest it… and be smart’

Shaquille O’Neal is more than just one of the greatest NBA players in history, he’s also a sharp businessman, investor, and a smart saver.

Shaq, a 15-time NBA All-Star, appeared on CNBC’s “Make It” and shared what he did with his first check.

“I blew it. I blew it in like 20 minutes,” O’Neal explained that his first check was spent on buying his parents cars, a house, and paying off their credit.

At that time, Shaq said that he was young and knew he would have more money coming in, and that’s when he picked up savvy financial habits, which he attributes mostly to his late father, Phillip Harrison, an Army drill sergeant.