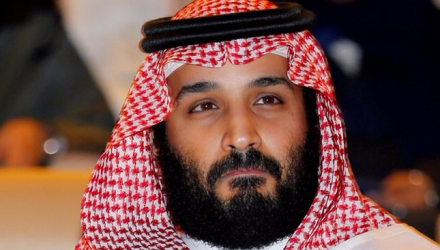 Recently I identified five agents of change that I believe investors should know about right now. I’d like to add one more to the list: Mohammad bin Salman. The crown prince of Saudi Arabia, 32, was little known outside the region before this past weekend when he jailed members of the royal family, presumably in an attempt to consolidate power ahead of taking the throne. Resembling a plotline from an episode of “Game of Thrones,” the mass detentions signal a seismic change in Saudi leadership—which, in turn, is putting upward pressure on global oil prices.

Saudi Arabia is the world’s second-largest oil producer and single biggest oil exporter, so any development that might alert investors that the kingdom’s production levels or oil policy could be disrupted has historically had a profound effect on prices. When the country’s former king, Abdullah bin Abdulaziz Al Saud, passed away in January 2015, oil jumped more than 8.6 percent for the week.

And so was the case on Monday, after news broke of the shakeup. West Texas Intermediate (WTI), the American benchmark for crude, closed above $57 a barrel for the first time since June 2015, adding nearly 35 percent from its summer 2017 low. A weaker U.S. dollar, down about 3.2 percent from the same time last year, is also providing support, as is slower U.S. supply growth following Hurricanes Harvey and Irma.