You are at:Home»Robotics & AI»The Young Are Changing the World With Technology and the Old Don’t Like It 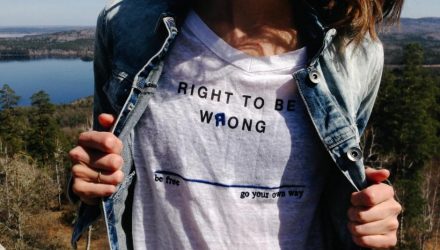 I’m not saying I’m always right. In fact, I love it when someone points out I’m wrong, and shows me why, because I learn something. So, I was particularly interested when in Sunday’s Guardian, I saw the headline Blockchain: hype or hope.

It’s quite a good article, and talks about use cases in voting, provenance and finance. But in the middle was a quotation from author David Gerard stating that he hasn’t seen any real use cases for blockchain. This intrigued me as he’s written a book about it: Attack of the 50-foot Blockchain, and so I downloaded a sample of the book and scanned it to see what he was talking about. It seemed to be just a general rant against bitcoin. This doesn’t surprise me as most people are anti-bitcoin as they see it as anti-establishment, which it is in many cases. I’m personally neither for or against bitcoin. I don’t personally believe in its long-term viability and regularly say that I am waiting for bitcoin 4.0, whatever that may be. That version will have low energy usage, high volume scalability and will be incredibly cheap. Those three features are what current bitcoin lacks and, until it overcomes those technical challenges, it will never succeed.

However, does David really believe that the underlying technology has no use? And does he truly believe that the massive number of cryptographers, technologists and libertarians who believe in Puertopia, won’t work hard to overcome these technical drawbacks?