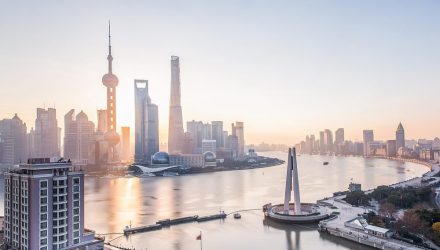 Why China Is a New Nexus of Innovation and Creativity

China’s rise as a global technology powerhouse is becoming broadly acknowledged, but the scale, nuance, and innovation encapsulated in that rise does not enjoy the same recognition. Indeed, many in the Western world remain fixated on a host of longstanding China stereotypes, for example, that its tech industry is thriving only because of intellectual property infringement and strict Internet regulation, known as the Great Firewall of China.

The truth about China’s tech landscape is far more dynamic and, for investors, is yielding significant opportunities. In recent decades, China has essentially moved mountains when it comes to innovation, and has fostered an unparalleled technology ecosystem fueled by burgeoning competition, homegrown talent, and capital.

Tracking China’s Rise as an Innovator

About five years ago, trends that emerged in China began to shape the global tech landscape, a phenomenon dubbed “reverse innovation.” As a result, Silicon Valley companies have come to increasingly regard China as the laboratory for future innovation. Notable examples include Google’s establishment of an artificial intelligence (AI) lab in Beijing, as well as an alliance between Google and Tencent focused on cloud services.

For a comparison, consider the growth in market value of Internet platforms in the United States and China. Circa 2013, Amazon, Google, and Facebook had a combined market capitalization approaching $500 billion. In contrast, China’s Tencent and Baidu together amounted to just over $100 billion, and Alibaba’s IPO was still a year away. Since then, the combined value of Amazon, Google, and Facebook has risen approximately 5x, but the combined value of Tencent, Alibaba, and Baidu has risen approximately 9x. Without Alibaba, the collective value of Tencent and Baidu has still risen 5x.

An investor in China tech would thus have enjoyed twin benefits – the growth of existing publicly listed platforms, and the opportunities arising from new listings, the number of which appears set to accelerate.