You are at:Home»Robotics & AI»6 Essential Properties of a Robotic Cell Layout 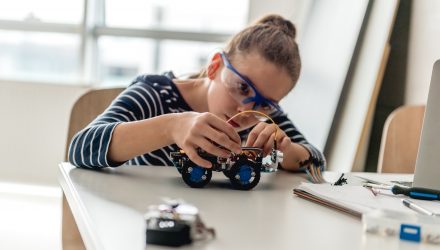 Your cell layout should be designed in such a way that everything is easily within reach of the robot, as defined by its specifications. The closer everything is, the less the robot will have to move around the cell.

4. Optimal use of the robot’s workspace

Another thing to optimize is the robot’s workspace.

For instance, consider which parts of the robot’s workspace are used for manipulation tasks, because some areas are better than others. Your goal should be to move any high-manipulability tasks (e.g., assembly) to areas of the workspace where the robot is most dexterous.

Related: 2 ETFs to Tap into Blockchain

The workspace should be clean and organized. As Benjamin Franklin said, there should be “a place for everything, and everything in its place.”

Untidy cells are a sign of inefficiency. This is related to one of the core principles from the 5S Approach to Lean manufacturing. In this context, tidiness doesn’t just mean keeping the cell free from dirt; it means having clear systems in place to keep the cell working most efficiently.

You can read all about the 5S Approach to robotic cell design in this article: How to Create an Efficient Robot Cell with 5S.

The outputs and inputs of the robotic cell should have precisely defined locations within the workspace.

According to the Lean Robotics framework, which guides you through the process of designing a robot cell, one of the first steps is to clearly define the cell’s outputs. In terms of layout, you should decide where the outgoing objects will be located in the cell, and how they’ll be transported from the robotic cell to the next stage in your manufacturing process.

The next step is defining the cell’s inputs. In terms of layout design, you should decide where incoming objects will be placed and how they’ll be presented to the robot. Typical part presentation methods include matrices, trays, conveyors, and unordered bins.

For a step-by-step guide to designing a robotic cell, check out the Lean Robotics book at leanrobotics.org.

This article was republished with permission from Robotiq.