You are at:Home»no-rss»Leveraging Tech to Help Today’s Older Adults 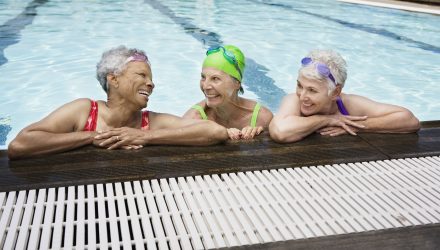 Bottom line: It is really more the younger folks who are using their phones to watch videos, listen to music and socialize. The available entertainment platforms and range of resources that tech provides can be an important source of intellectual stimulation and it’s unclear why older adults are not using it – whether it’s because people in an older age bracket don’t feel comfortable connecting to digital content, they simply aren’t interested, or perhaps (in some cases) because they don’t know what is available.

The Importance of Being Social

A two-year experimental study carried out in the UK and Italy called Ages 2.0 illustrated how significant the Internet can be in supporting and developing an active, engaged, and social elderly population. The project involved a group of 120 individuals who each received a computer designed especially for the elderly, a broadband connection, and training on how to use email and social media. Their experiences were then compared to those of a control group.

Participants used Facebook and Skype, for example, to maintain connections with children and grandchildren and even to reconnect with childhood friends.

The study showed that mastering email and social media helped individuals feel less isolated, and they showed real cognitive improvements. Some of the study’s participants reported feeling both mentally and physically healthier than before.

According to Thomas Morton of the University of Exeter’s psychology department who led the Ages 2.0 project in the UK, “What can be surprising is just how important social connections are to cognitive and physical health.”

So What’s Holding Us Back?

The issue is that most people don’t have access to the tools and training they need. Even for those who have basic knowledge of how to use the Internet, for example, grasping new styles of technology and constantly changing interfaces can be a struggle.

The aging process can bring about certain cognitive changes in a person that have an impact on one’s ability to adapt, and this can make it harder to learn new skills. Even a relatively minor upgrade to an app can throw a person for a loop if it means he or she cannot figure out how to access the old functionality using the new interface.

Today’s older population is the most active group of seniors in history. Many are determined to stay relevant at work and connected with friends and family. It’s essential that they use the technologies that are out there to mitigate feelings of loneliness and social isolation, by speaking the same “language” as their children and grandchildren and be part of their lives by, for example, seamlessly seeing photos their loved ones share. Leveraging the technologies more fully provides older adults with new opportunities to enjoy life and be able to learn and be entertained by what’s out there.

Leveraging Technology to Support the Elderly

Today’s popular technologies have a significant role to play in supporting this process, with innovative solutions designed for older adults encouraging ongoing interaction with social media communities, in addition to providing access to online resources.

What’s key for older individuals in today’s society is to explore new and better ways to eliminate the digital divide that hurts a notable percentage of the elderly population, and to maximize technology’s contributions to supporting an active, engaged, and connected experience.

This article was republished with permission from Intuition Robotics.