You are at:Home»Robotics & AI»How Robot Co-Workers in Future Will Gain Our Trust 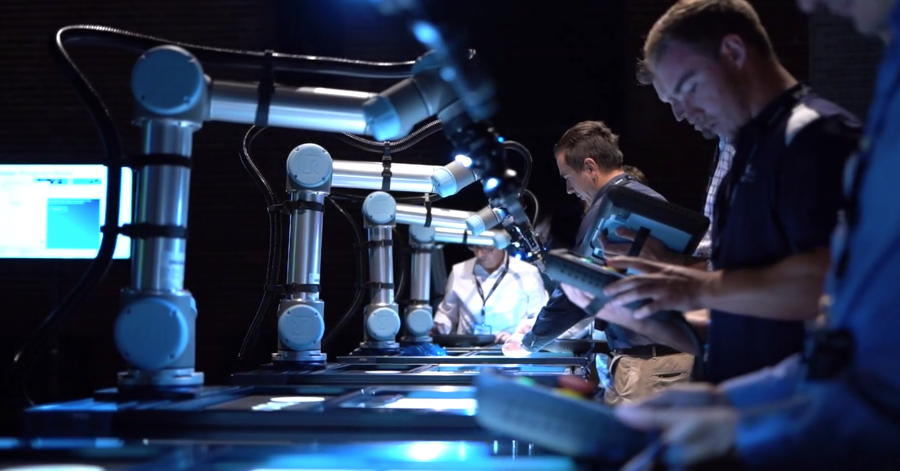 How Robot Co-Workers in Future Will Gain Our Trust

Earlier this year, a team of Canadian researchers studied rapport-building in human-human teams to discover how we can improve human-robot interaction. They found that humans apply similar rapport-building behaviors with robotic colleagues as they do with human colleagues.

They identified various behaviors that people use to build rapport, or hinder rapport. These are split into verbal and non-verbal behaviors.

As humans, we use a whole host of different behaviors to put each other at ease when working together in a team.

Most of us use these behaviors without thinking. They are just part of our normal interaction. With robots, any rapport-building behaviors would have to be explicitly programmed. Some of them would be easier to implement than others.

Of course, not every action helps to build rapport in a team. Some behaviors actively hinder rapport-building.

Behaviors that hinder rapport include:

You can probably think of people that you have encountered in the past who have engaged in some of these behaviors. As a result, these people were probably hard to work with. Robots will need to explicitly avoid these behaviors otherwise their human team members may mistrust them.

How a robot team member would communicate with you

Truly collaborative robot co-workers will have to use at least some rapport-building behaviors and avoid behaviors which hinder rapport.

For example, several of the behaviors that hinder rapport are the natural state for robots. Unless explicitly programmed to interact with people in a friendly way, robots will “ignore” people and not engage with them. Also, we often program robots to give brief responses which sound insincere to the human ear.

Cobots in the not-too-distance future may have to communicate in more human ways in order for their human co-workers to accept working closely with them.

It might seem silly to think about programming an industrial robot to say “please” and “thank you”, and introduce seemingly irrelevant pieces of “personal information” about the robot to aid interaction. These might seem ridiculous as they do not add anything to the useful functionality of the robot.

However, we are already starting to see this type of rapport building in real-world robotics. Specifically, with self-service checkouts in supermarkets, which are basically service robots.

If you have been in a shop that uses these, you will know that they can be quite annoying. Part of the annoyance comes from the condescending tone of commands like “Place Item in Bagging Area.” Over the last few years, supermarkets have been trying to change the interactions and voices of self-service checkouts to make them less “irritating and bossy” (as shoppers describe them).

For truly collaborative robots, these human factors and rapport-building behaviors will be equally as important as any technological advancements.