You are at:Home»Robotics & AI»How Much Dexterity Does a Robot Need? 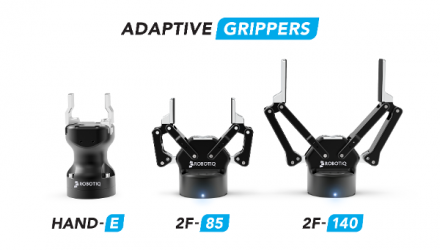 How Much Dexterity Does a Robot Need?

What does it mean when a robot is described as “dexterous.” And what does it mean for robot users? Here’s what to look for when you’re selecting a robot based on its dexterity.

You might ask: How much dexterity does my robot need to have?

The answer: It’s impossible to say. Nobody can seem to decide what makes a robot dexterous.

Robotic dexterity is a complex topic. It’s hard to tell how much dexterity you’ll need for a particular robotic application — or even if “how much” is the right question to be asking.

To understand why this is a tricky topic, it’s useful to look at an example.

Last year, a research team from UC Berkeley claimed that they had created the “most dexterous robot ever created”.

When I heard the news, I was skeptical. Not because I doubted that they had made a technological breakthrough. I was skeptical of the word “dexterous”. I knew from experience that this word is a moving goalpost in the world of robotics.

You see, I investigated robot dexterity as part of my PhD, which I completed back in 2014. During my research, I discovered that there is no standard definition for “dexterity” in the robotics community. As a result, researchers often claim that their robot is “dexterous” without defining what this means.

This makes it very difficult for robot users.