You are at:Home»no-rss»Autonomous Cars Quickly Coming to Life 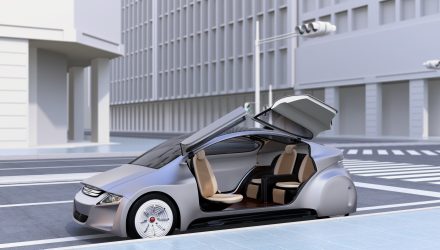 In March, Intel announced its acquisition of Mobileye, a leader in computer vision for autonomous driving technology, for $15.3B in an effort to position Intel as a “leading technology provider in the fast-growing market for highly and fully autonomous vehicles.”

In September, Chinese search engine Baidu Inc. (BIDU.O) announced a 10B yuan ($1.52B) autonomous driving fund to speed up its technical development and compete with US rivals.4
In October, driverless tech startup Nauto announced that it has hired executives from Microsoft and Alphabet’s self-driving arm Waymo to continue to expand its geographic reach and build on its partnerships with investors such as General Motors, BMW, and Toyota.

In October, Delphi, one of the world’s largest automotive suppliers, announced its acquisition of Boston-based self-driving car startup nuTonomy for $400M. NuTonomy already has autonomous taxis in operation in Singapore and will soon begin testing self-driving vehicles in Boston.

Just last week, Uber announced a plan to buy up to 24,000 Volvo cars by 2021 to partially replace today’s freelance drivers with a fleet of fully autonomous, on-demand passenger vehicles.

The Race to Develop the Best Driverless Car

The momentum is clear: across the automotive supply chain, innovators are racing to deliver safe, automated vehicles that can help save lives and, perhaps, bolster economies around the world—including within the UK.

Related: Apple to Go All In or Abandon Self Driving Cars

Investors seeking to take advantage of this momentum would be wise to seek out diverse opportunities across the automated vehicle supply chain. To help, the ROBO Global Robotics & Automation Index offers investors broad exposure to the entire value chain of RAAI, including more than 10 companies who are dedicated to bringing the vision of driverless cars to life.