Is it a Correction? Is it a Bear? Robotics, Automation & AI Investors Couldn’t Ask for Better
You are at:Home»Robotics & AI»Cobot Safety: Are You Too Close to Your Robot? 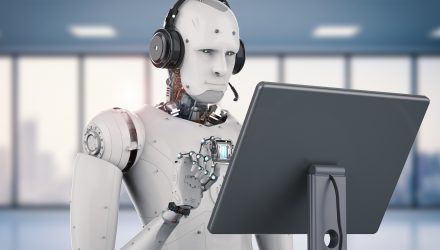 Cobot Safety: Are You Too Close to Your Robot?

The approach that many programmers take is to consider the cobot’s restricted space as one single area. If you want humans to enter this space at any time when the robot is operational, you will have to use it within its safety limits. In practice, this can be restrictive for some tasks. It means the robot will have to be run at a safe speed and acceleration throughout the entire program.

At the RUC, Mark Kahwati introduced some of the new programmable safety limits of the UR e-Series. You can add these to your robot program to create restricted spaces within the workspace.

It is unusual to use all of the robot’s restricted space during an individual task. The portion of the restricted space that is used in a particular program is referred to as the operating space. This is not safety-related but it is task related.

This is the space that falls within any security fencing. It will be bigger than the robot’s maximum space. The distance from the robot to the fencing is calculated according to the guard distance matrix from ISO 13857.

Safeguarded space does not necessarily need to use physical fences. You can also use perimeter safety sensors which detect when a person enters the safeguarded area. You can find out more about this type of sensor in our eBook Adding Sensors.

One of the huge benefits of cobots is that you can use them for collaborative tasks — i.e. tasks where the human and robot work together on the task at the same time. The space in which collaboration can take place is known as the collaborative space. It is a portion of the operating space.

When the robot enters a collaborative space, the robot must be placed in a restricted movement mode.

The best way to explain this is with an example:

Imagine you have a cobot which is performing a pick-and-place task. You want the robot to move as quickly as possible, which means you will have to deactivate its safe speed limits and place safety fencing around the robot.

However, one part of the task requires the robot to reach outside of the fencing and into an area where humans are working. You can define a collaborative space around the portion of the robot’s workspace which is outside the fencing. When the robot enters this space, it will go into a reduced speed mode.

By splitting up the cobot’s workspace into different spaces, you get more performance (e.g. speed) from the robot whilst still staying safe.

How to be Sure a Cobot is Safe

The answer to how close you can get to your cobot is… it depends. Although cobots are designed to be inherently safe, there are situations where you may want to sacrifice some of the robot’s safety features to gain better performance.

The safety of a task depends on your answers to these 3 questions:

You can then assess the safety of a particular task by performing a risk assessment. You can find out all about how to do this in our eBook How to Perform a Risk Assessment for Collaborative Robots.