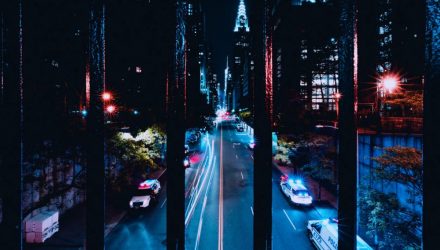 Were the Events in Q2 Mainly a Growth Scare?

By Jan van Eck via Iris.xyz

We started the year bullish on global growth, commodities, and emerging markets, and despite challenges in the second quarter, we maintain this view. We think events in Q2 were mainly a growth scare.

Concerns about a slowdown in China and globally, along with trade tensions, helped trigger selloffs that resulted in local currency emerging markets debt falling over 10%1—which is one of its more significant falls within a single quarter—and Chinese equities falling 20%.2 However, we think this global growth scare was overdone.

Although U.S. growth has been strong, we think the perception that it is far ahead of the rest of the world is an exaggeration. Europe saw a slowdown in the first half of the year, while China is undergoing cyclical changes and taking deliberate steps to correct excesses in its financial system. The U.S. may also face future headwinds, including higher interest rates.

The Balance of Risks

We are keeping an eye on systemic risk in Europe. Despite the quantitative easing and monetary stimulus, the economy continues to struggle on the margin. The question this raises is that when monetary stimulus starts to be withdrawn, will the economy be able to grow at all? In comparison, in the U.S., as the Federal Reserve (the Fed) has raised rates, growth has continued. Brexit is also a source of potential risk in Europe. A “hard” Brexit—whereby one country is suddenly significantly cut off from the rest of Europe through higher tariffs—may have a negative impact on growth.

China offers a different story, which we think is more of a cyclical slowdown risk. The links between China to commodities and other emerging markets may have helped drive the second quarter growth scare. However, we expect China to take counteractive measures if the slow down becomes more significant.

In our outlook for 2018, our working assumption was for the 10-year U.S. Treasury nominal yield to reach 3.5% by year-end. Currently, it remains under 3%. Nominal growth continues to be positive, with GDP growth of 4% in the second quarter. If that is sustained, interest rates may be pulled higher. U.S. fiscal deficits are expected to grow, while labor markets continue to tighten, which may also support the case for higher rates.