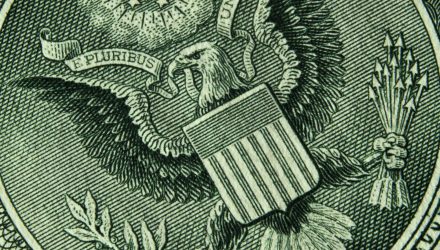 U.S. Dollar Could be Winner Regardless of Midterm Election Results

The U.S. dollar could care less if political analysts’ forecasts portend to the Democrats winning the House of Representatives or the Republicans maintaining majority in the Senate–it could continue its upward trajectory as traders continue dogpiling into long greenback positions.

After a few weeks of gains as U.S. equities were getting washed through October’s volatility cycle, the U.S. dollar index took a breather on Monday ahead of the November 6 midterm elections. As the dollar retreated momentarily, it gave hedge funds the opportunity to snatch up long dollar positions according per a CNBC report–the latest futures data shows traders adding to their net long U.S. dollar positions, which reached $26.74 billion in the week ending Oct. 30–a level not seen in almost two years.

“Some positions squaring is seen on the dollar before the elections this week though the euro is also soft on the latest news from Europe,” said Manuel Oliveri, an FX strategist at Credit Agricole in London.

Since the start of the year, the U.S. dollar has been on the rise as the stock markets were getting fueled by growth in the famed FANG (Facebook, Amazon, Netflix, Google-Alphabet) stocks and technology in general.

October’s volatility may have shaken up investors’ confidence, which has them questioning the strength of the dollar as other external factors like trade wars come into play in addition to midterm elections. For the time being though, analysts are quick to scoff at the notion that the election results will materially affect the U.S. dollar negatively.

“Midterms are less likely to mark a major turning point for USD than some investors fear,” Citi analyst Todd Elmer said in a report.

Stocks Could Rise with Dollar

After October’s downpour of volatility, the sun could be shining on U.S. equities following the midterm elections. If history repeats itself, according to Stephen McBride of the RiskHedge Report, it could bode well for stocks.