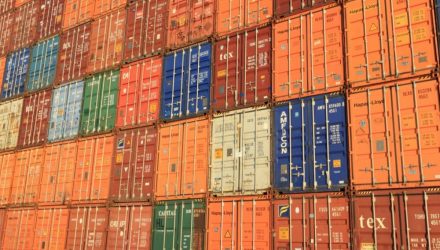 Trade Wars: A Motif in the Market

Tariffs have become a motif in the market, with Canada imposing $12B in retaliatory tariffs on U.S. industrial metals and agricultural goods while the U.S.’s rhetoric with China has increased. Earlier in the month, a proposed 10% tariff on $200B of imported consumer goods from China was announced only to have the ante increased 10 days later to cover all U.S. imports from China totaling just over $500B. In a move to help offset the impact tariffs would have on U.S. exports of soybeans, corn, and beef, the administration announced a $12B subsidy based on a law not used since the Great Depression.

Despite the theatre featuring trade wars, the S&P 500 and Dow Industrials posted positive gains in July. With earnings in focus during the month, more than half of the S&P 500 reported on the upside providing some evidence behind the 4.1% Q2 GDP number reported as July ended. However, some volatility has been injected into the market coinciding with real concerns about trade and worries that headwinds to corporate earnings may follow if the risks of trade policy aren’t averted.

The Federal Open Market Committee (FOMC) minutes from their June meeting were released which provided some insight on how the Committee has been reading the market’s tea leaves. The Committee observes the economy as strong and expects inflation to run at a sustained 2%, giving credence to their course for gradual rate hikes toward their 3% long-run estimate. This optimism of an improved economy, however, was tempered with the moderate wage growth despite the tight labor market and the additional mention of how trade policy may impact future capital investment. Looking into the 4.1% GDP number, the key driver for growth has been from Capital Investment.