You are at:Home»Rising Rates Channel»They Will Indeed Continue their Rate Hike Campaign 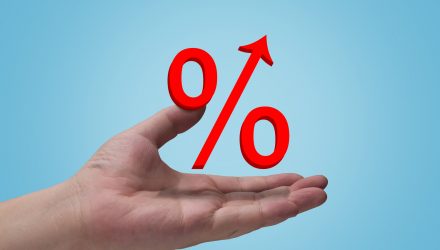 They Will Indeed Continue their Rate Hike Campaign

We all know that Amazon and Alphabet have been raining on the FAANG parade lately as they both reported underwhelming sales growth a week ago. (WSJ) It’s hard not to follow their lead lower for the rest of the market, as they have been the standouts and we feel people should be aware of these signs in the markets. We have told readers for quite some time that smart money, large institutional types have been exiting for quite a while and its always retail that is late to the ball game. We hope you see this writing on the wall and continue to monitor your own risk reward profiles as times, they are a changing!

What’s changed exactly? We have spoken at length that the bond markets have signaled higher rates to come and that despite POTUS and his harsh rhetoric toward the FED, they will indeed continue their rate hike campaign. We spoke with one of our friends who works for one of the big guys and their call stands at 5 more rate hikes, we tend to agree. The goal is to get Fed Funds above US 10yr and there is no doubt in my mind they will do it. If you didn’t read last week’s letter on NPVs you should, because it all ties in. You see as rates rise, so too does the discount by which you value future cash flows and thus if your money is discounted by a higher rate, your values have to move lower across your time spectrum. This adjustment, which we believe many if not the majority don’t even understand that catches people off guard and its why we watch the bond market signals, more so than the equity markets euphoric nature.

What else happened this week? Friday gave us the nonfarm print which was decent, but more troubling for the FED was the average hourly earnings which hit 3.1%. 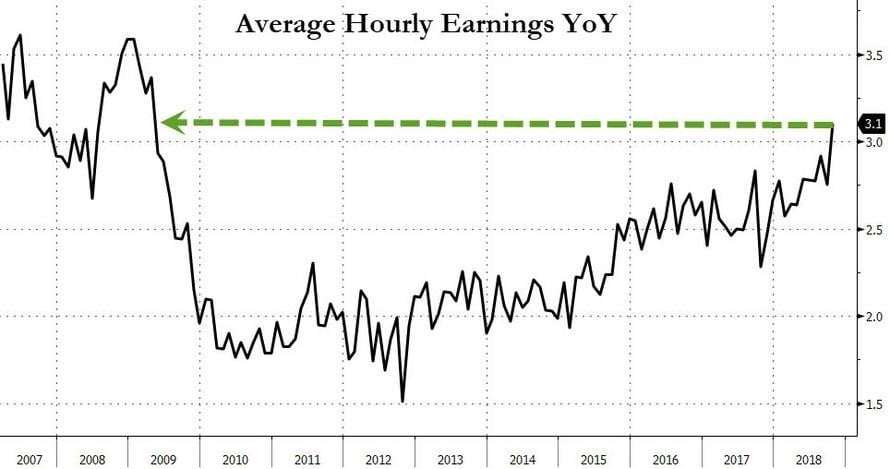 This is already on top of the heavy price increases that the conglomerates have been trying to pass through to the consumer pipelines. We have always said, if you raise rates, you raise inflation and voila, look at what’s happening…This is also why we feel the FED will continue to raise as they will do so in order to bring down asset prices to more manageable price levels, from their linear euphoric rise. Speaking of global equity assets, check out this chart… Does it look like a top?

We also read this week from Grants that, “Investors don’t necessarily seem to be buying into a rosy economic outlook.” According to the BAML October Fund Manager Survey, “a record 85% of respondents think the global economy is in the late cycle, 11% above the prior highs of December 2007,” while a “net 38% of respondents expect [economic]deceleration, the worst outlook on global growth since November 2008.” How is it that the majority see the coming slowdown, yet equity market participants still expect constant earnings multiple expansion? Something’s off, you can’t have your cake and eat it too, sorry, you can’t expect a slowdown and continued expansion…Economics doesn’t work that way. So, we will just have to say that the majority, are saying and doing things that simply don’t make sense. Maybe the world is off its rocker, maybe this duality of slow growth and continued growth is possible and this time is different…No, perhaps reality hasn’t caught up to the markets just yet, but we know the powder keg is still intact and the match is ready to be lit. The writings on the wall and as we stated before, it’s the bond markets that forecast things the best.

When we look at the US govt. 2s/30 spread we can see that someone thinks the FED has gone a bit too far and the curve was too flat. We aren’t sure if this is a short-term stronger dollar plus a little risk premium reduction out of equities into short term notes, but one thing is certain, the flattening is not over, just postponed: 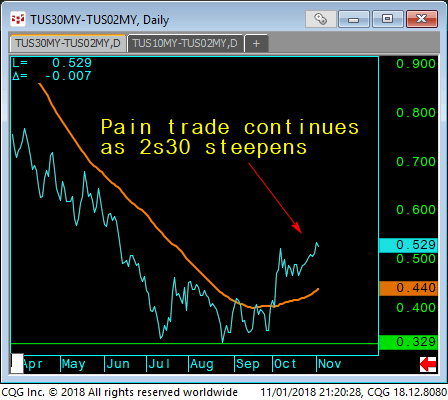 The long end or the US 10yr sector has seen a reversal from the 3.07% level as predicted and is now in supply swallowing mode as the US is going to issue a massive amount of debt next week. The preliminary outlook a few months ago was for an issuance of $78 billion, however that was well underestimated as the treasury is now on tap to issue some $83 billion, which puts the US deficit at the $780 billion mark and counting. Anyway, yields have popped and rightfully so, as equities have bounced as well: 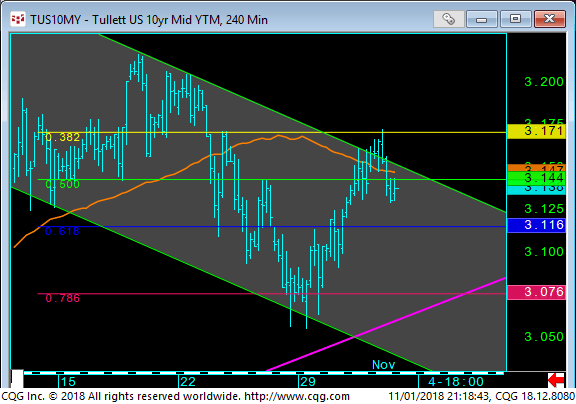 Finally let’s look at the Euro currency which seems to have reached another test of its lower bound below the 114 area. The stronger dollar has weighed in here and we think it may continue just a bit, seems like bounces will be sold into: 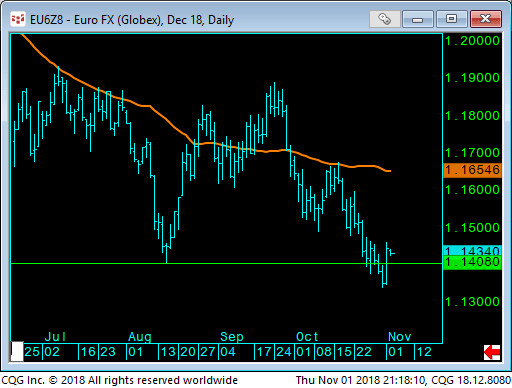 This just in, before sending out we noticed this large jump in Nat Gas on the Sunday night open, up a large gaping 21.2 to 3.496: 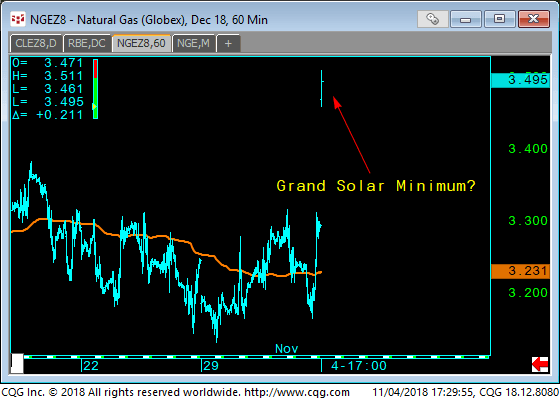 We have spoken bullishly of Nat Gas for the last few weeks and in consideration of both the fundamental lack of available supply, but even more so on the heels of Solar Cycle 24 or Grand Solar Minimum. Anyway, for those that don’t watch or monitor Nat Gas, it has exhibited in the past some very large unforgiving moves and we present this chart as evidence: 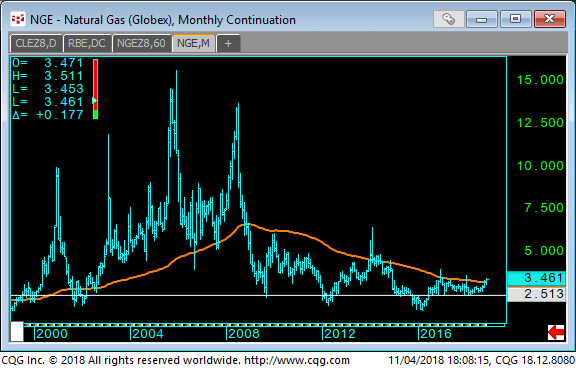 Ok, that’s it, folks, we hope you enjoyed this week’s note. We continue to monitor gold as it seems like some buyers keep stepping in on every retreat. We also like to watch the Nat Gas market as colder weather is upon us earlier than usual and it may be around for a lot longer than most think. Crude continues to suffer as it broke $67 and now trades near important support at $63. Anyway, check your risk tolerances, prepare for wide ranges and always, be on the lookout for the next winning trade!