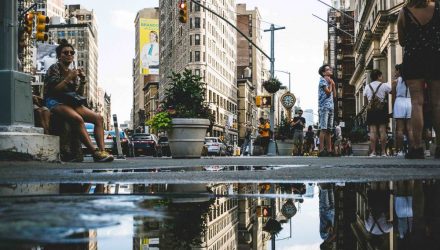 Should Equity Investors Lose Sleep Over the Yield Curve?

By Alliance Bernstein via Iris.xyz

A single line chart is keeping an awful lot of investors up at night: the US Treasury yield curve. It’s been flattening steadily since the end of 2016 and is nearly the flattest it’s been since 2007. We all remember what happened after that.

What investors really worry about is the yield curve going beyond flat to inverted, with short-term rates higher than long-term rates. It hasn’t been lost on investors that inverted curves have correctly signaled the past seven US recessions.

We don’t think a flattening curve should trigger insomnia. In fact, it could be a positive sign for stocks.

The Fed Isn’t Jamming On the Brakes….It’s Tapping Them

The gap between the 10-year US Treasury yield and the fed funds rate has fallen nearly a full percentage point, from 1.97% at the end of November 2016 to 1.04% as of June 30. But looking at why the yield curve is flattening is just as important as knowing that it is flattening.

Typically, the curve pancakes when the Fed is trying to put the brakes on a runaway economy with inflation heating up. When that happens, investors worry that growth and inflation are about to slow, prompting them to flock to safe havens, like long-term bonds.

That isn’t what’s happening this time. Sure, growth is strong and even topped 4% in the second quarter. But even though inflation is slowly rising, it doesn’t point to an overheated economy. In our view, the Fed isn’t trying to throw water on runaway growth—it’s taking advantage of a strong economy to return the fed funds rate to a more typical pre-crisis level.