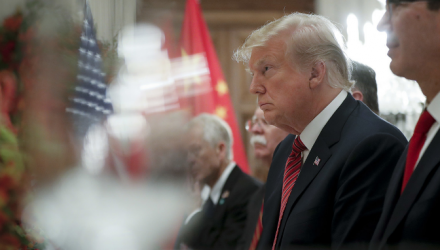 The Powell or The Trump Put?

By Leo Kolivakis, via Iris.xyz

Fred Imbert of CNBC reports, Dow ends volatile November with more than 150-point rally on hopes of a US-China trade deal at G-20:

“Stocks rose on Friday after a Chinese official reportedly said the U.S. and China are finding common ground on trade ahead of a key meeting between President Donald Trump and Chinese President Xi Jinping.”

“Reuters reported that a Chinese official said “consensus is steadily increasing” in U.S.-China trade talks. The official added, according to the report, that differences between the two countries remained. The report sent stocks to their highs of the day, erasing earlier losses.”

“Jeff Powell, managing partner at Polaris Greystone Financial Group, said investors are taking a “wait-and-see approach” ahead of the meeting. “I don’t think people are expecting too much of a change, but if we can get some sign of progress, that will help.”

“Trump and Xi are scheduled to have dinner on Saturday and are expected to discuss trade issues between the two countries. Investors are eagerly looking ahead to the dinner, hoping the two leaders can quell trade-induced volatility in the global economy and corporate earnings.”