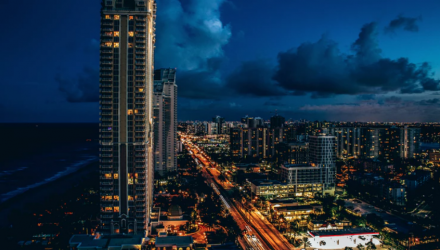 October reminded us that markets can be volatile, with the S&P 500 dropping -6.84%, its worst one-month drop since September 2011 (which posted a -7.03% loss). It’s important to note, however, that the circumstances in 2011 and 2018 are quite different. In 2011, there were contagion concerns of the European sovereign debt markets, the U.S. credit rating was downgraded, and the U.S. and global markets were in the doldrums struggling to recover market drawdowns and economic stagnation.

While the recent -6.84% drop may cause some concerns for investors, the S&P 500 is still in positive territory year-to-date at 3.01%, outpacing both the MSCI EAFE (-7.96% in October; -9.28% YTD) and the Barclays U.S. Aggregate (-0.79 in October; -2.38% YTD). Q3 advanced gross domestic product (GDP) figures were reported above survey (3.5% actual vs. 3.3% survey), the labor market continues to tighten at an even lower 3.7% unemployment rate, jobless claims are falling, and job openings are on the rise. Fed Chair Powell also commented near the start of the month that the labor market is not at a point of overheating because the rise in wages have been consistent with observed price inflation and labor productivity growth.

With the economy exhibiting these healthy signs, Powell also commented in early October that the Fed is trying to strike a balance to move toward neutral rate levels. This caused the 10-year yield to accelerate past 3.0%, touching a 52-week high of 3.23%, and for U.S. equity markets to close in negative territory to end the first week of the month, earning Powell the ire of the President.

The increase in volatility during October could be attributed to the impact of “known-unknowns” such as the evolving trade war with China, the speed of rising input costs, slowing capital expenditure spending, and Brexit negotiations becoming better understood. The anecdotal evidence would suggest that with rising volatility, correlations also increase.

In other asset classes, the U.S. Dollar continued to strengthen in October versus both developed and emerging market currencies. With the rise in the dollar, the prices of WTI and Brent oil have fallen by -10.84% and -8.76%, respectively. While it remains true that high yield credit spreads are still at historic lows, spreads have risen in October. With the last Fed Funds rate increase having occurred in September, the chance of a fourth rate increase exists at the December meeting.